You are here: Home › Council Member Rosie Mendez visits The Earth School and P94M High School Explore Careers in Theater
By amadmin82 on March 3, 2016 in News

MAKING CONNECTIONS THROUGH DANCE AT THE EARTH SCHOOL 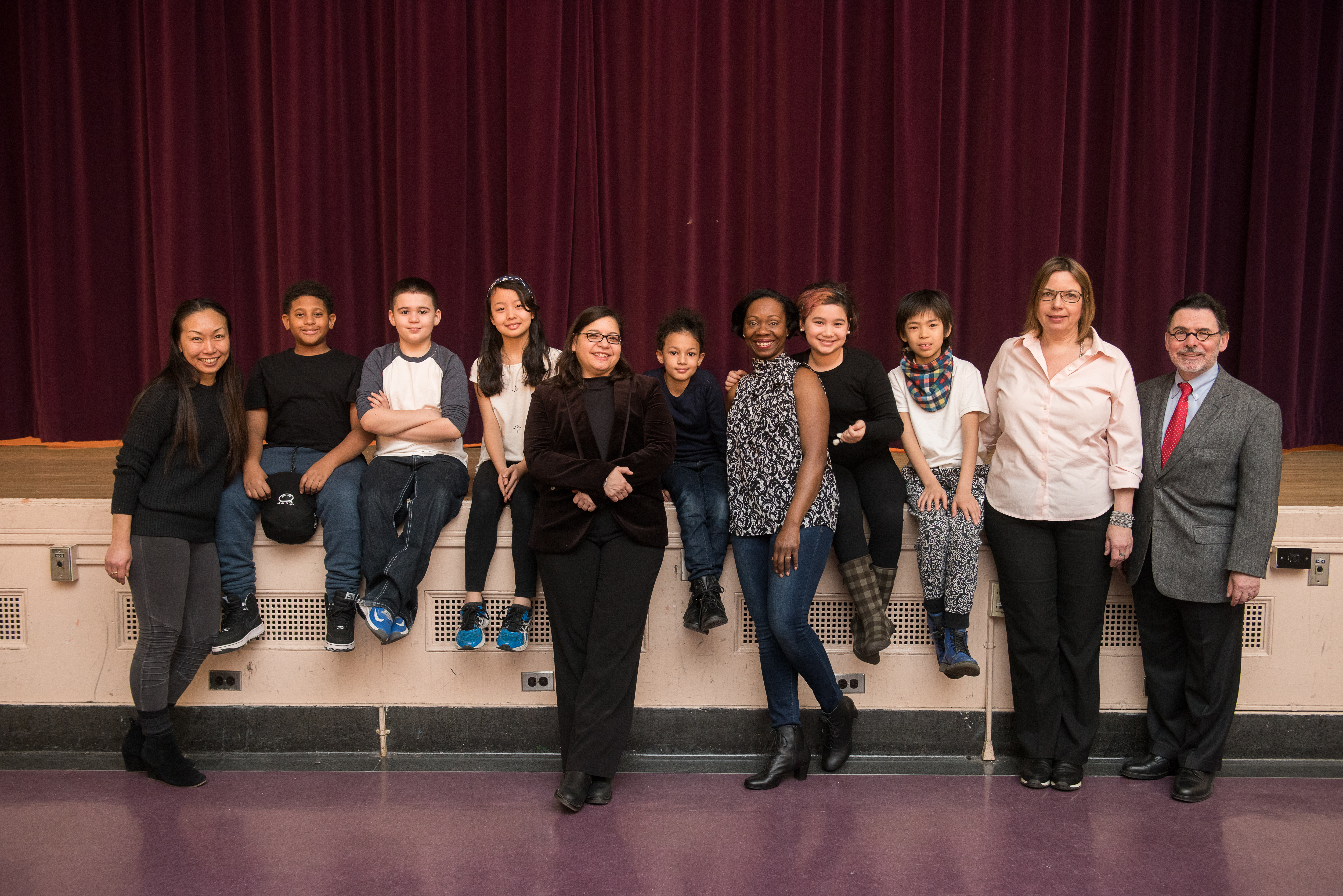 The spring semester is off to a great start with our 115 schools! This month, District 2 Council Member Rosie Mendez, who generously provided support for our dance program at The Earth School in the East Village, attended a performance showcasing work from the fall semester. During the 17-week residency, the school’s third, fourth and fifth grade classes, led by ArtsConnection teaching artists Kim Grier and Nami Kagami, learned basic dance technique, language and terminology through structured warm up routines, producing choreography and small group works. The students connected their social studies curriculum, including the civil rights movement and a water study, to their choreography. Each group also chose their own songs which ranged from the soulful sounds of Glory by John Legend and Common, the country twang of Good Time by Alan Jackson to the ethereal sound ofAssassin’s Creed by Lindsey Stirling. 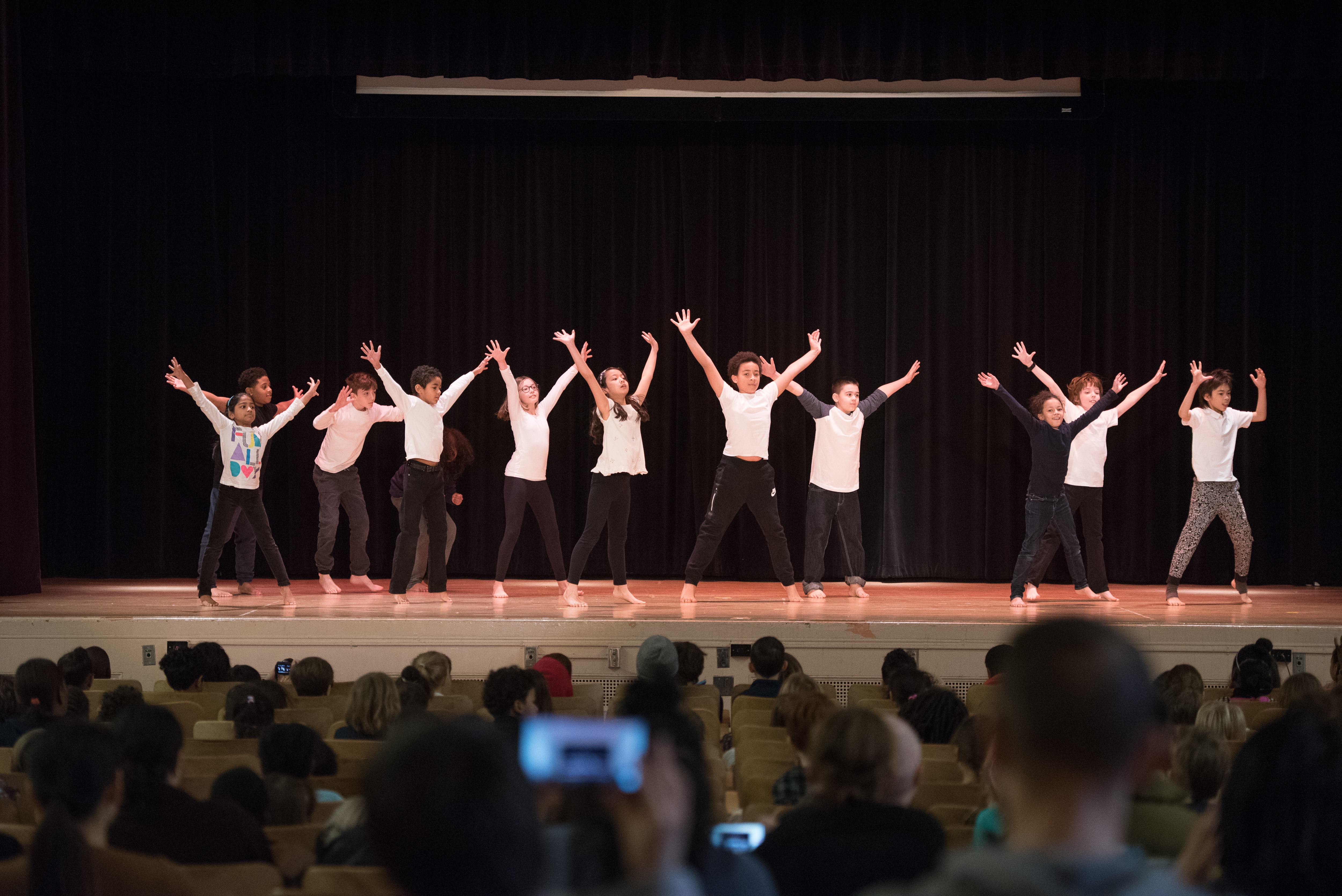 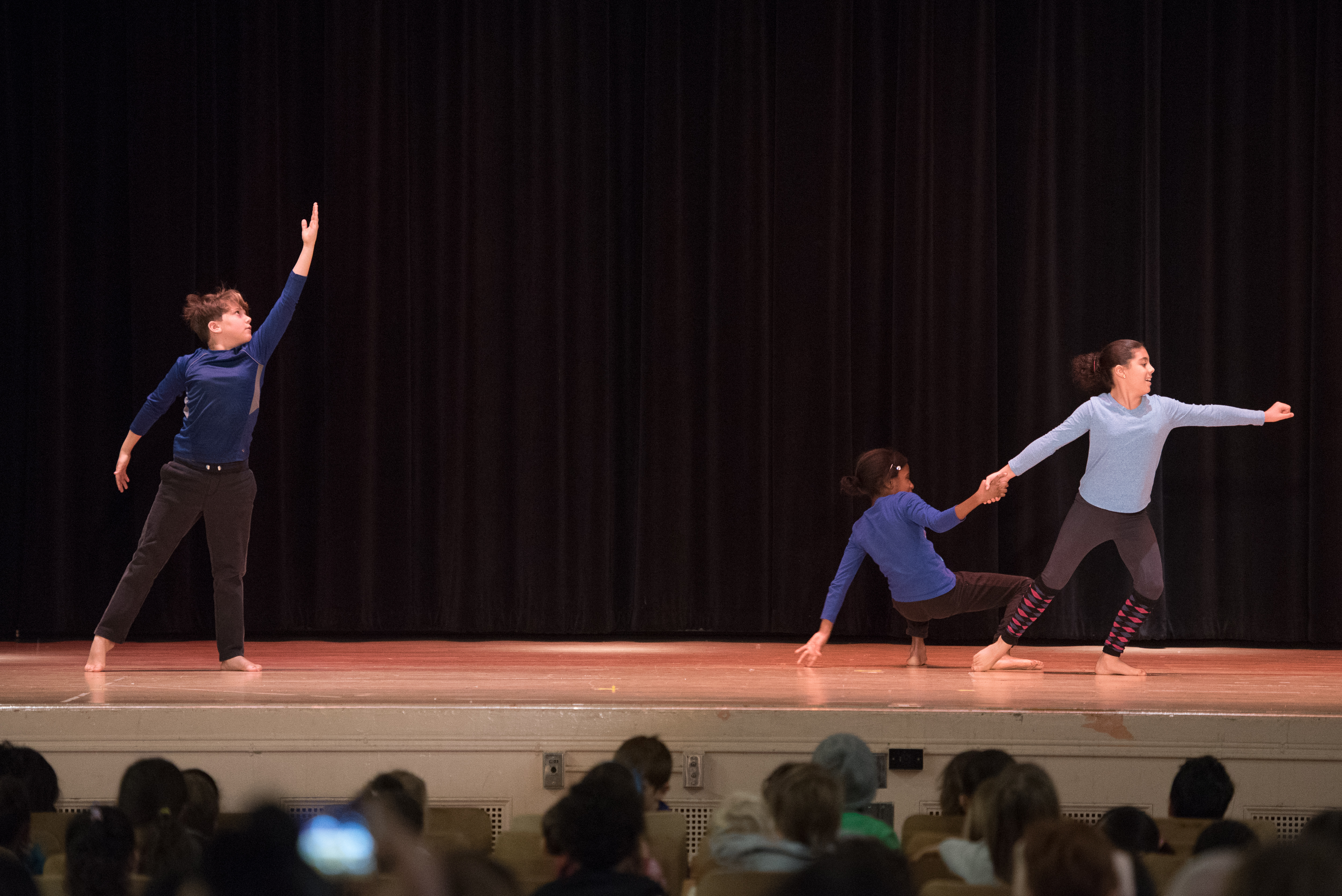 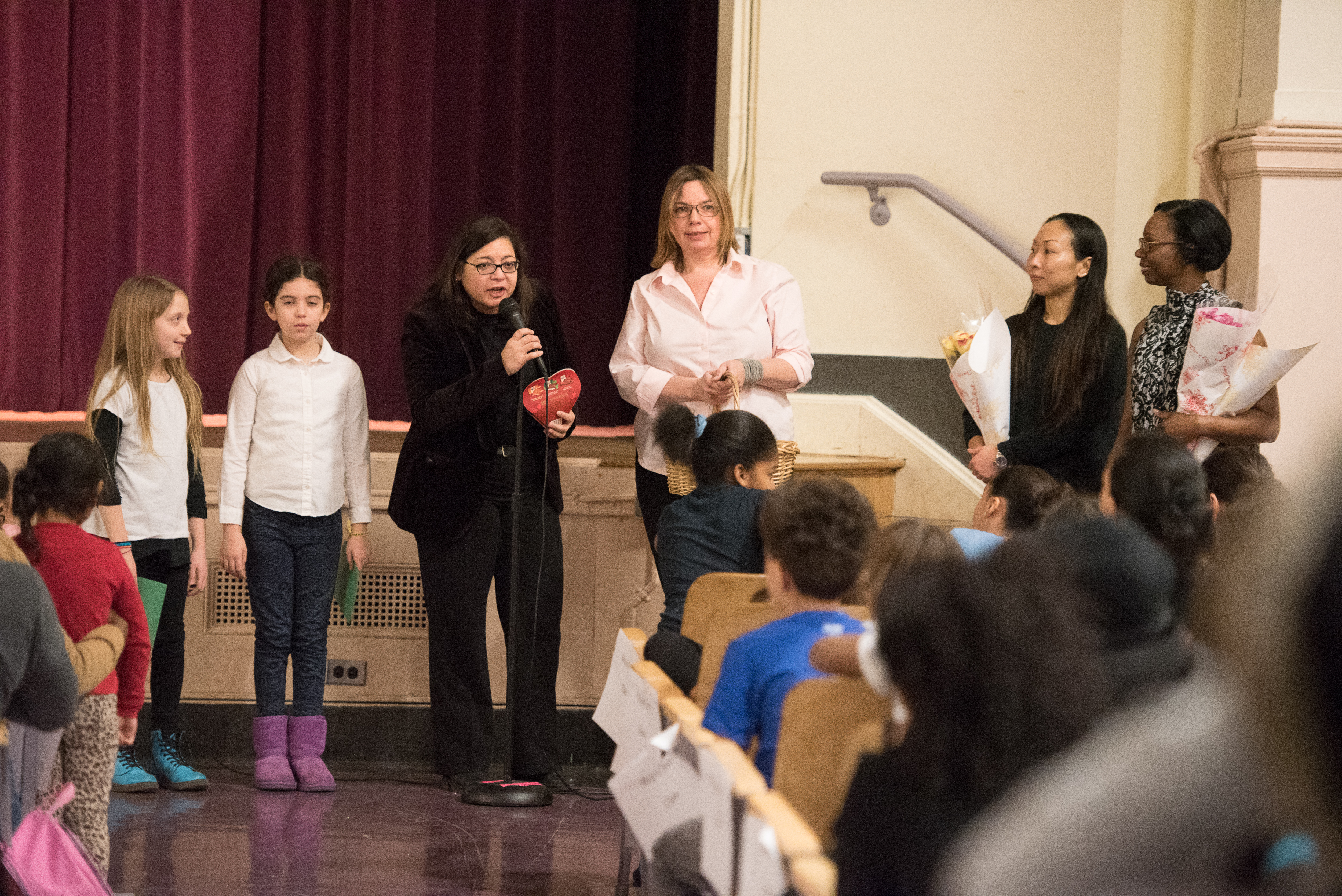 Council Member Mendez addressing the students, staff and parents of The Earth School 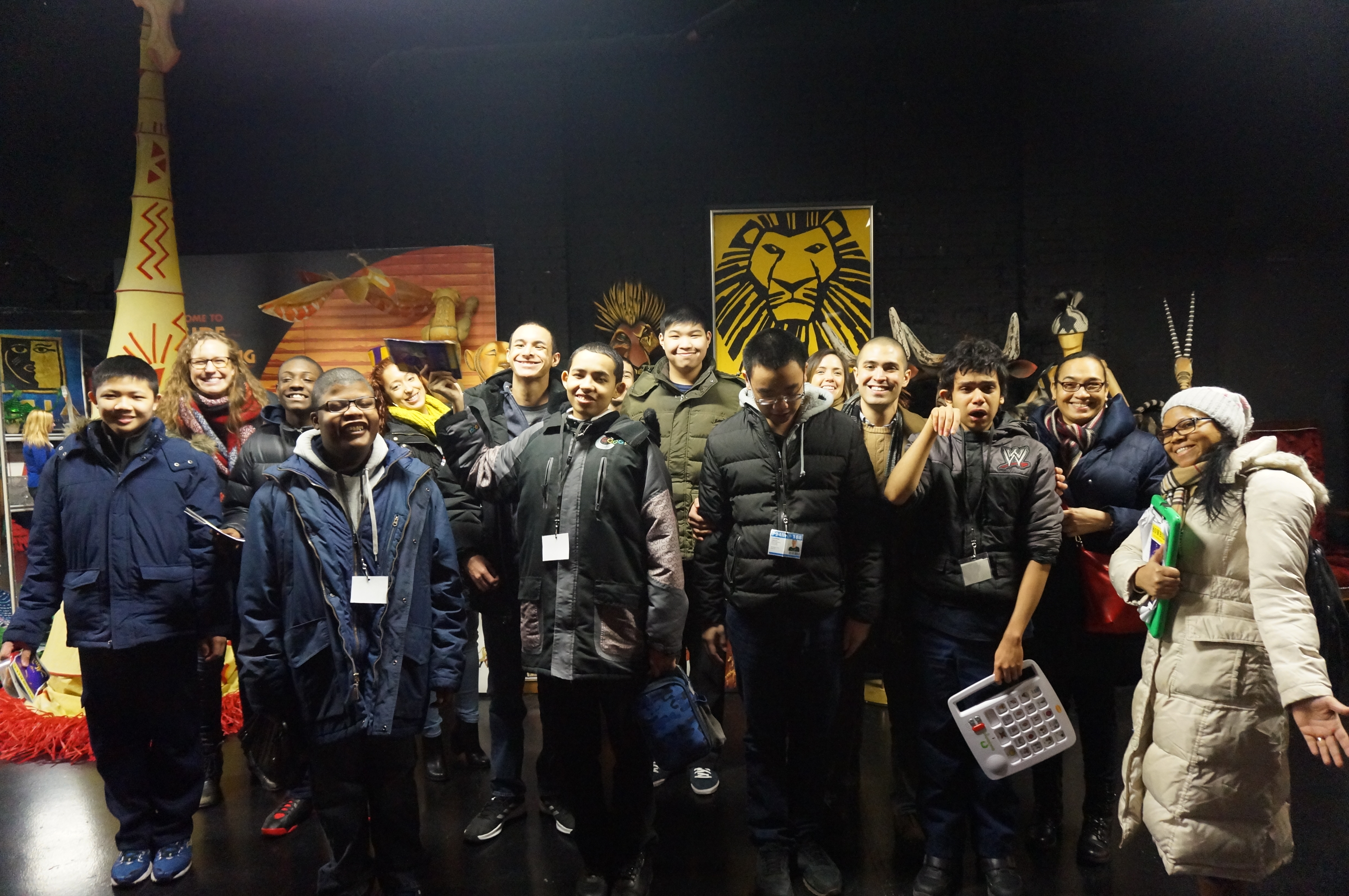 P94 @PS 188 – The Spectrum School, for students on the autism spectrum, and ArtsConnection have created a special initiative, specifically engaging their high school students. Exploring Careers in Theater introduces students each month to focus on a different professional area of theater from front of house to props, from costumes, stage managing and house managing to technical crew. ArtsConnection teaching artist Laura Bogwardt, along with the students, their classroom teacher and para professionals, toured The New Victory and New Amsterdam Theaters, engaged with professionals from the Blue Man Group and Carnegie Hall and, later this spring, will be visiting the prop and costume shops at Julliard. They will end the semester with a mock job fair that includes interviews with theater professionals and by putting newfound skills to practice in their middle school’s production of Peter Pan Jr. 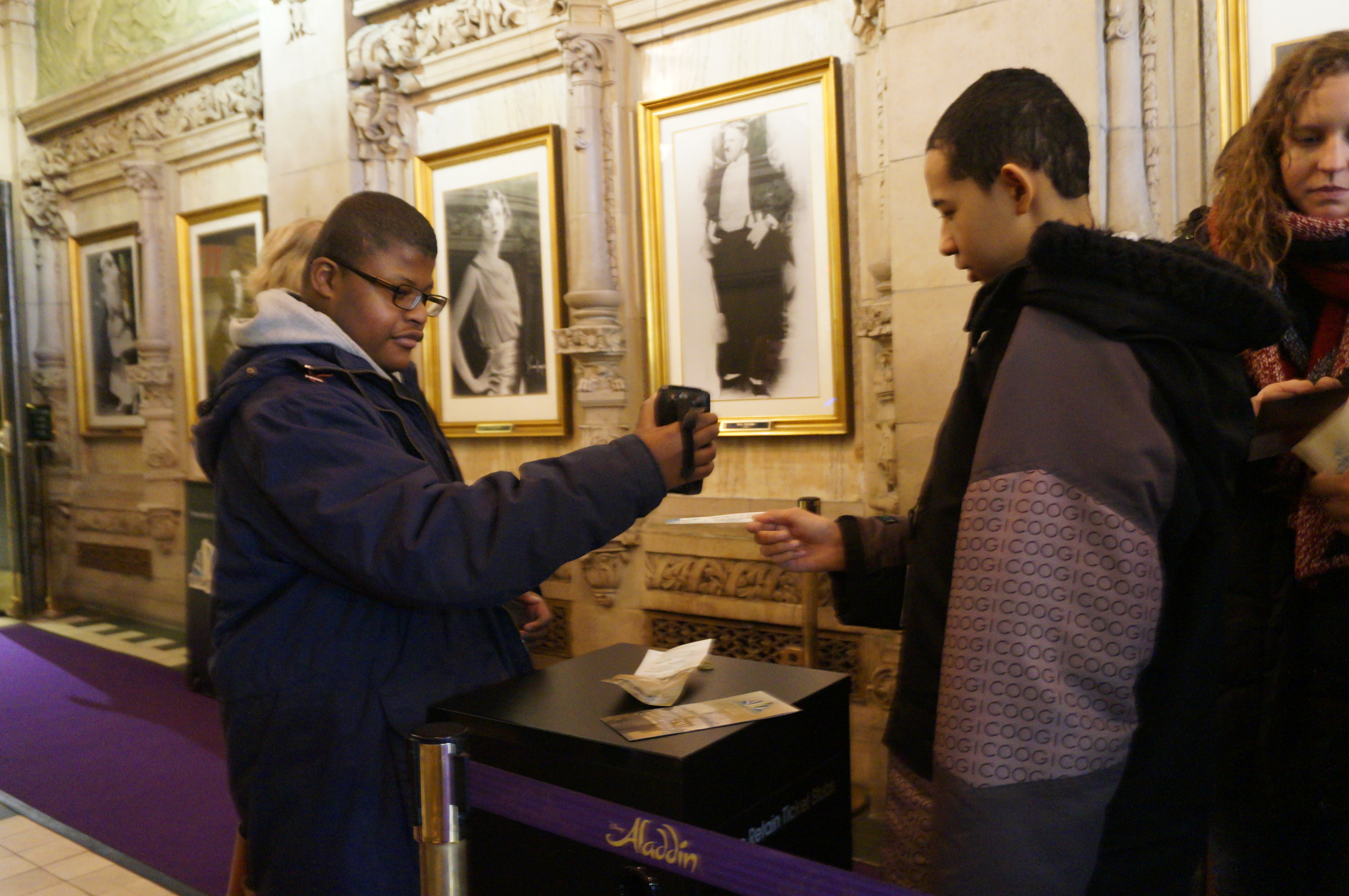 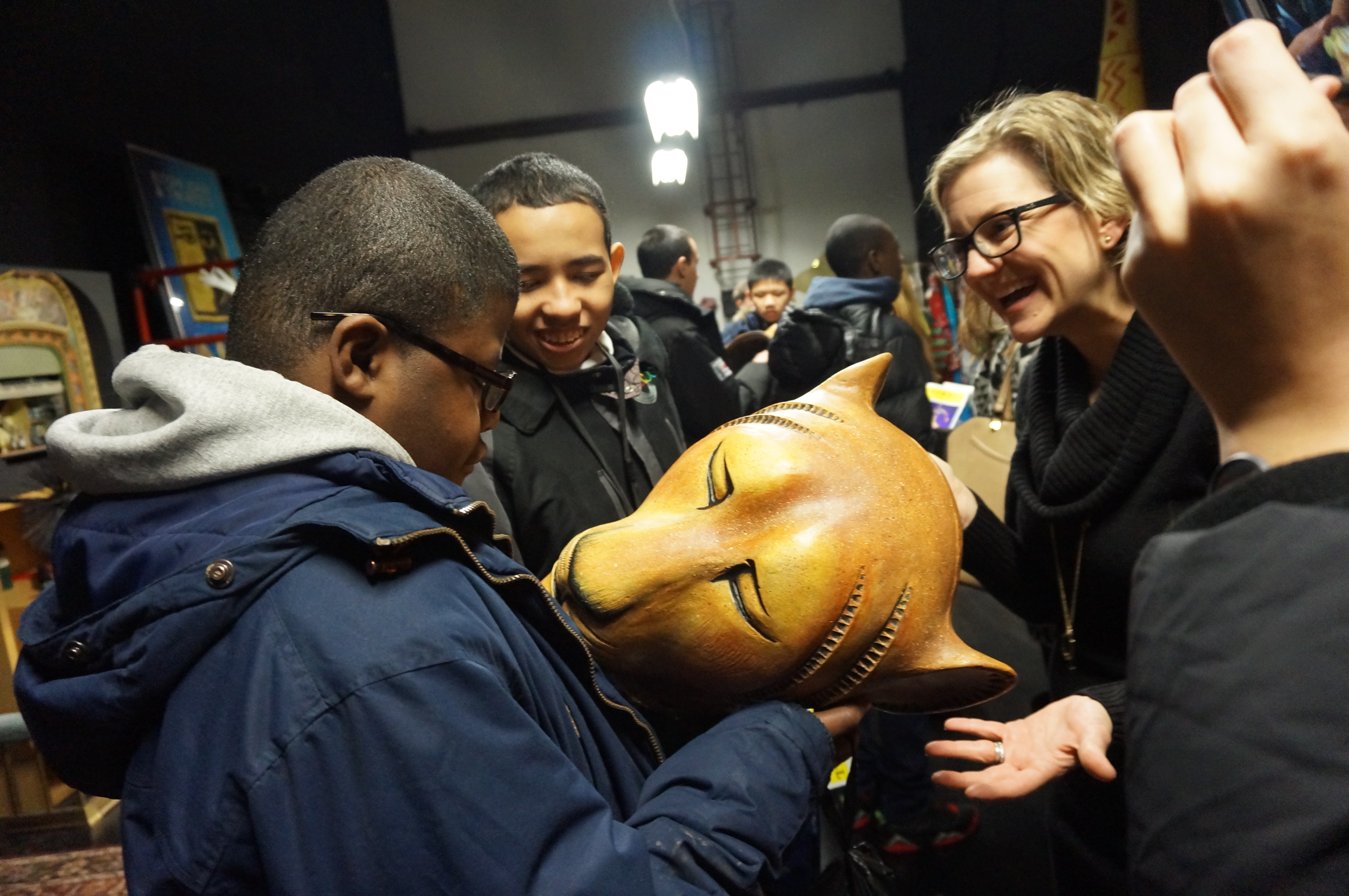 Backstage, in a room only opened to special guests, students discovered a whole new world of Disney Musical props and costumes 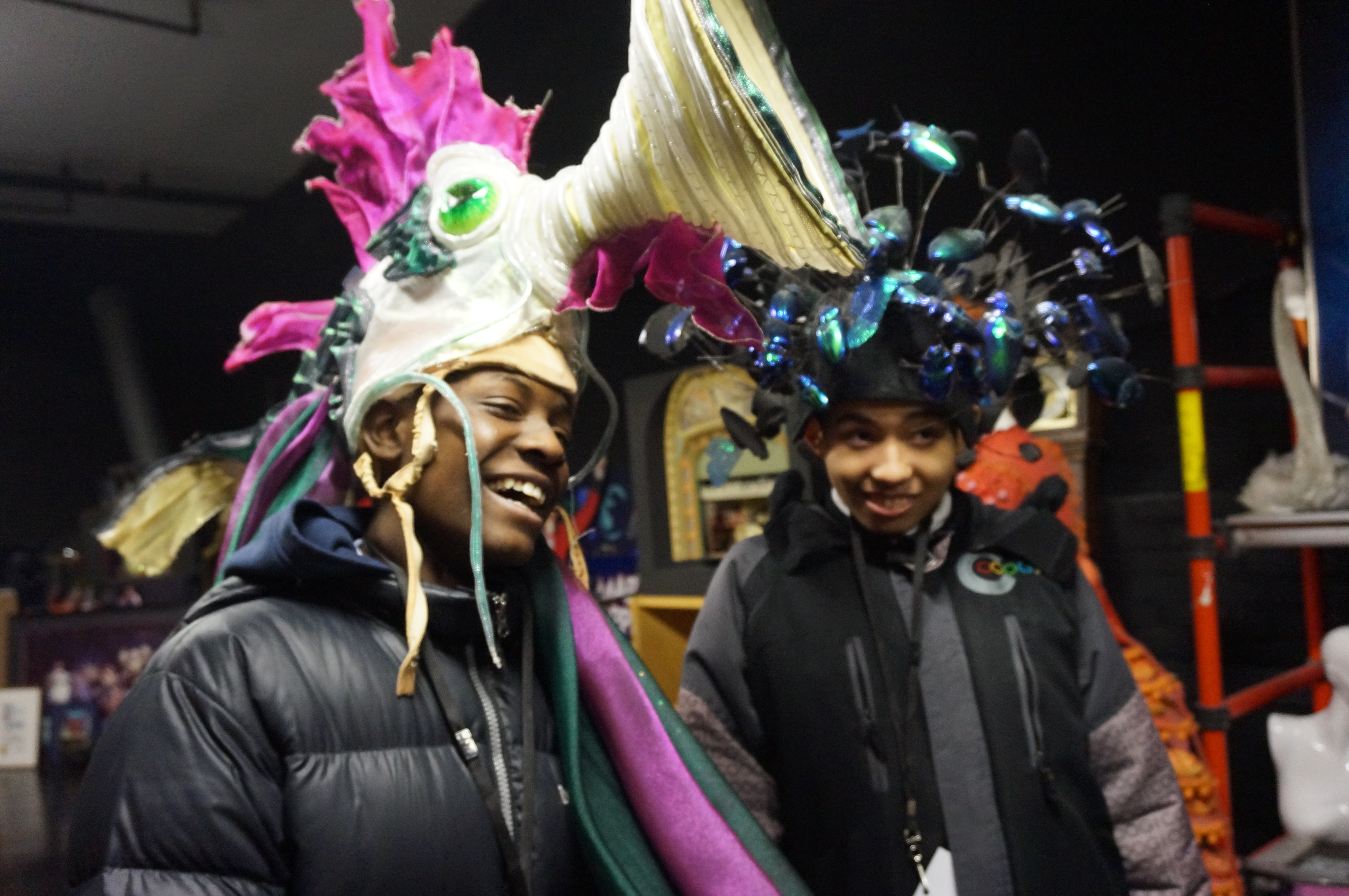 Trying on actual costumes from Disney Musical The Little Mermaid

On Edutopia: Learning to Work and Think Like an Artist
School’s OUT, but the arts are definitely still IN!