You are here: Home › Teen artists showcase bold new work, a teaching artist recalls the past & predicts the future, and more…
By J. Seferian on August 6, 2021 in News

This month marked the completion of ArtsConnection’s first ever Arts-Making TRaC, and if the inaugural showcase of student work was any indicator, it was a huge success!

Under the guidance of teaching artists Sarah Dahnke and Omar Perez, AC teens explored the narrative and emotional possibilities of art through collaboration, between each other and different mediums. First they identified the basics of effective storytelling in some of their favorite films, then applied similar tenants to their collective audiovisual work. It should not come as a surprise, given the sociopolitical events of the past year, that the topic the students wanted to explore was “Changing Systems.”

The students split into groups to tackle different elements of the presentation, such as animation, poetry and audio. “Working with other artists really inspired me,” said one student after-the-fact, “in a normal art class it’s usually just ‘draw this art’ … in this program, we were able to join [together] as artists.”

This comprehensive approach gave students the opportunity dive deep, honoring the complexity of their story’s themes: inequality, policing and opportunity. The process culminated in a 3D virtual gallery presentation presented via Zoom on June 7th.

The final project, entitled Poison Prison, told the story of two Black brothers, raised in similar circumstances but with very different trajectories. One attends Yale University while the other is wrongfully imprisoned. Inspired by a real news item one of them read, the students fictionalized a similar narrative and used it as an entry point to explore systems they believe to be broken. While these issues are often discussed, rarely are they explored from the perspective of teens. And who better to interrogate the flaws of the American education and justice systems than the young people experiencing them firsthand?

Before the program began, ArtsConnection received an unprecedented amount of applicants, which indicates that there’s a strong student interest in alternative teaching models. “I thought it was really cool how this program brought the idea of storytelling to life in many ways,” another student reflected during the Zoom presentation.

This new program encourages interdisciplinary expression, and the students’ final project demonstrated a keen understanding of pacing, narrative authority and visual storytelling. Like all great art, it comments on the social conditions of our time. Arts-Making TRaC encourages students to break out of their artistic comfort zone, expanding not only their notion of what storytelling can look like, but the role they can play in telling it. 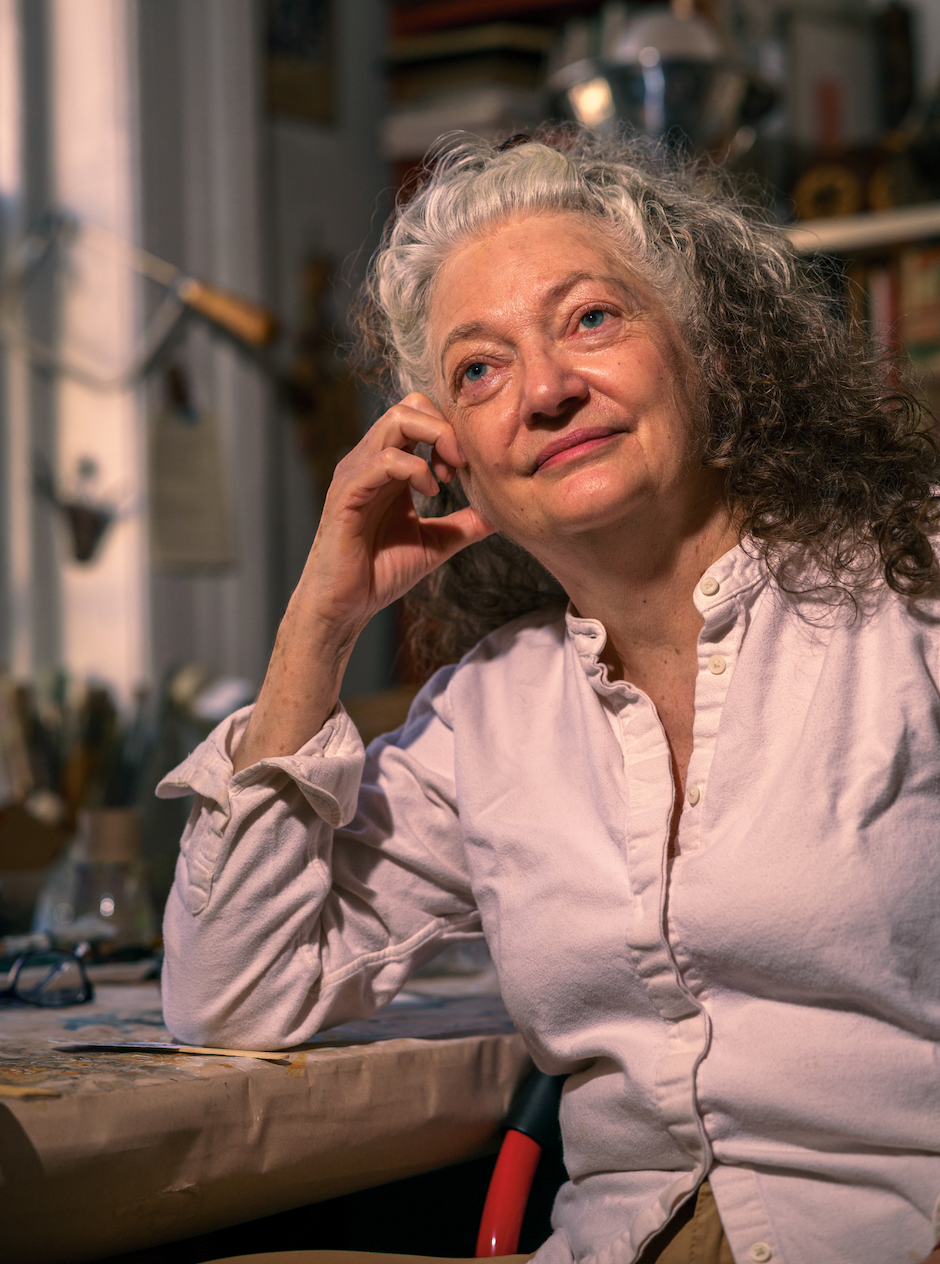 Having officially joined the ArtsConnection roster in 1998, Donna Maria deCreeft was no stranger to the art world. Daughter and occasional muse to famed sculptor José deCreeft, she was born into the New York City’s creative milieu. You may not have ever met Donna Maria, but you’ve certainly seen her—she served as the visual inspiration for her father’s famed Alice in Wonderland sculpture in Central Park.

It was 1959. “I was in fourth grade, and had no idea he was using me as a model,” she recalls, “I’d be hanging out in his studio, watching him work—I did that a lot. [Then] he said, ‘Dally, come over here and sit with your arms out.'” And, as such, the moment was immortalized, eleven feet tall and in bronze.

While few can claim to be sculpted into the zeitgeist, deCreeft admits she has a complicated relationship with Alice. “I love her, but I don’t like being her, if you know what I mean…” 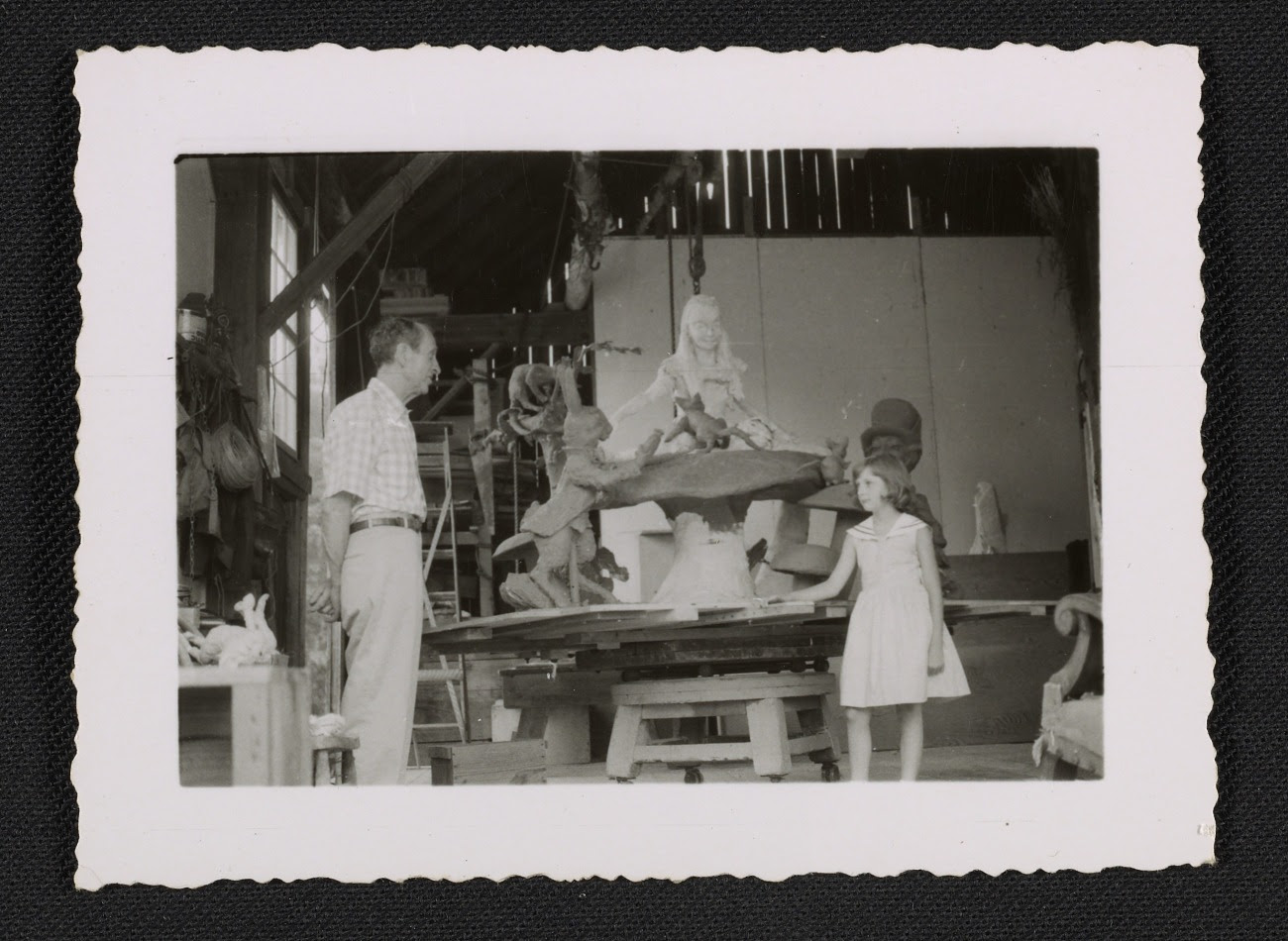 Alice aside, Donna Maria is an accomplished artist in her own right. Her work has been exhibited across the world and hangs in the permanent collections of the University of Southern Maine and Sloan Kettering Memorial Hospital, as well as the library collections of the Brooklyn Museum, Bryn Mawr College and Rutgers University. Teaching with ArtsConnection for over 20 years has informed her practice, too. “Any student can surprise you, no matter what age,” she says, often inspired by their off-beat color choices and the unique perspective they lend to art-making. “I learn to be present with my work from them, and they inspire me to stretch my imagination.”

Though cognizant of the changes in the modern art world, she resists the generational compulsion to condemn. “The world I knew in the Sixties evolved—devolved—and it’s evolving again.” She evokes Fran Lebowitz: “When I came to New York it was called the Art World, now it’s called the Art Market.” She acknowledges a shift towards catering to consumer interests, but has seen enough change in her time to know that such is the nature of history, especially art history. “The art world is forever fluid, and the artist’s basic instinct to create something from nothing is always the driving force.”

The key, she’s found, is community—one that ArtsConnection has helped her foster. “I’m truly grateful for the wonderful and far-reaching community I’ve found as a teaching artist, it’s changed my life.”

*  *  *
hi
Stay up-to-date on ArtsConnection’s upcoming events and programming by
subscribing to our newsletter here.
hi
As a friendly reminder, we accept donations year-round and they can always be made at artsconnection.thankyou4caring.org!
hi
DONATE NOW
AC teens tour New York’s art centers, a staff member says goodbye, and more…