You are here: Home › Introducing our Teaching Artist Advisory Board!
By J. Seferian on November 30, 2021 in News Newsletter

hi
In more ways than one, ArtsConnection relies on the expertise of our roster of teaching artists, who work most directly with students across the city. To best ensure that they are an official part of decision-making in the organization, we’ve formed the Teaching Artist Advisory Board (TAAB). The following six Board members will serve two-year terms, playing a key role in supporting all the artists on our roster and ensuring our organization continually improves its pedagogical approach with young people. These individuals are not only remarkable educators but artists with rich practices of their own. They are representative of the wide range of experiences our teaching artist roster brings to the classroom and will provide valuable input, strategizing, and decision-making towards our mission, vision and EDIA values. 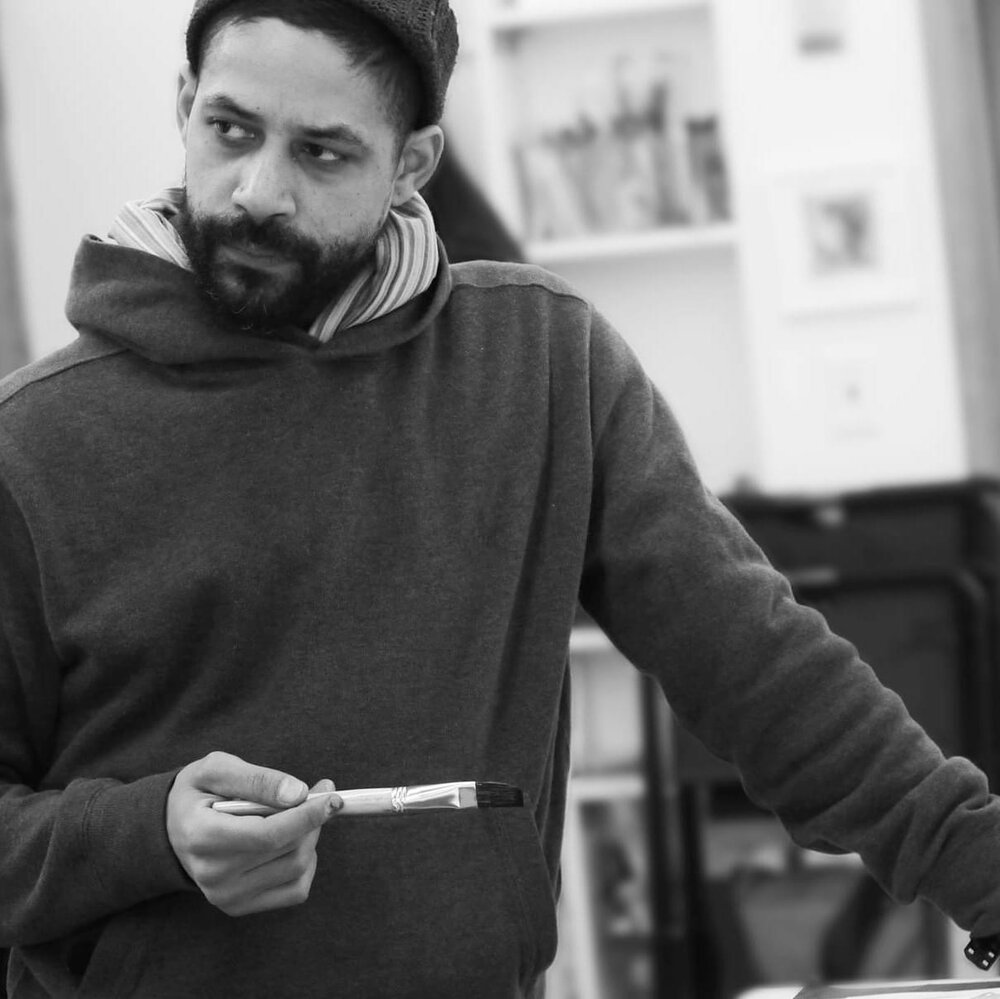 CARLOS JESUS MARTINEZ DOMINGUEZ is a multidisciplinary artist and educator who draws inspiration from the cultures and related histories of Hip Hop, NYC, and the Caribbean.  He has exhibited locally, nationally and internationally and has been an educator at institutions like El Museo del Barrio and the Museum of Art and Design. Carlos’ work and teaching reflects on history, how that history manifests in the present, and the present’s implications for the future. He attended New York  City public schools, has lived in Washington Heights since 1983. He began working with ArtsConnection in 2016. 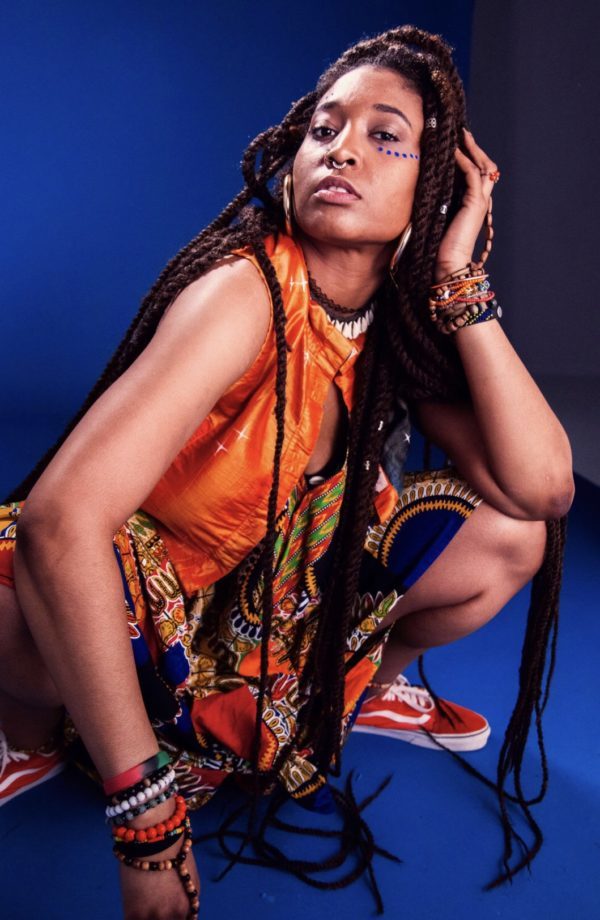 DANI CRISS, also affectionately known as Dani  Criss, The Artist, is a multidisciplinary artist, artistic educator, and community organizer hailing from Durham, North  Carolina. She is now based in Brooklyn, NY. Leading with a perspective driven by her roots and studies of the African Diaspora, as well as the advancement of her people everywhere, she educates in the hope to inspire an appreciation, acceptance, and historical experience in each interaction. Using movement and knowledge as the sources to obtain liberation while discovering ancestral connections,  Criss  has trained and performed with numerous artists and companies, including: The Honorable Baba Chuck  Davis and the African American Dance Ensemble, Urban Bush Women and The Summer Leadership Institute, The People’s Institute for Survival and Beyond, The American Dance Festival,  Otesha Cultural Arts Ensemble, the National Black Festival, Snow Camp Outdoor Company,  Asè  Dance  Collective, and others.

She has also choreographed and directed works which have been shared in various ensembles, theaters, schools, universities, and  festivals around the country. She has been an artistic educator in NYC public schools, Nassau  Community College, and several cultural arts organizations around the city. ERIN ORR creates puppet shows as an experiment in visual storytelling, frequently in collaboration with living composers including Rima Fand, Sxip Shirey and Baby Dee. Her puppet pieces range from a wordless dark fairytale for adults, to a circus for all ages about the drama of honeybees and have been supported by The Jim Henson Foundation, HERE Artist Residency Program, LMCC and the Abrons Art Center.

Erin has performed internationally as a professional puppeteer and specializes in three-person manipulation of puppets performing choreography, often to accompany live orchestras. She has also been a teaching artist in NYC public schools for over 20 years, designing and teaching early childhood puppetry and storytelling curriculum. She has worked as a Teaching Artist for ArtsConnection since 2001, and is currently a full-time Artist Mentor, Curriculum Specialist and Teaching Artist for the organization, focusing on collaboratively creating curriculum that allows classroom teachers to support and build on the artistic literacies of young children. KERRY WARREN is a biracial New York-based actor and teaching artist. She strives to create a classroom of joy and deep practice. She is a member of the Arts In Education Roundtable, Teaching Artist Project alumni, Actors Equity Union, and SAG-AFTRA. She received the President Polisi Prize for Artist as Citizen for her educational outreach at The Juilliard School where she received her BFA in Acting. She has taught theater in Botswana, Guatemala, and all five boroughs of NYC with Harlem Children’s Zone, Hunts Point Alliance, Project Art, Lincoln Center Education, 52nd Street Project, and ArtsConnection. She has also performed as an actor on Broadway, Off Broadway, and regionally. Follow the miniseries she created called @kioskseries on Instagram and catch, her performance as Nurse Varene in New Amsterdam  on NBC. SARAH DAHNKE  is a choreographer and multimedia artist and educator. She’s  a 2019-20 MAP Fund awardee, a  Target Margin Institute Fellow, a New Victory  Lab Works  artist, an awardee of Gibney’s Moving Toward Justice  Fellowship, and a former Fellow for Utopian Practice by Culture Push.

Dahnke  specializes in community-based  performance, devised performance and site-specific dance film. Some of her dance film work has been screened  through the Dance Films Association, Tiny Dance Film Festival,  Dance Barn  Collective, and Movies By Movers.  Dahnke  is also the artistic director of Dances for Solidarity, a project that co-creates choreography with people  who are incarcerated in solitary confinement and creates performances for public audiences.

She is  a graduate of ITP | NYU, where she specialized in studying the intersection of performance and technology.  She has  been a teaching artist of dance and moving image since 2007, working with organizations such as Hubbard  Street, New York City Ballet, BRIC, Lincoln Center, and ArtsConnection. She has  also been a professor at four branches of CUNY, as well as NYU. TRUTH BACHMAN is a composer, vocalist, and writer of socially-focused musicals. The New Times has referred to their work as “musically and vocally rich,” and Vulture has praised their “soulful” vocals.

Truth has taught songwriting in NYC’s boroughs for nearly a decade, and was a visiting artist at NYU Abu Dhabi, Tisch, Baruch, UArts, and currently, Princeton. Select off-Bway: The Public Theater, SoHo Rep, Greenwich House, The Flea, Lincoln Center, Rattlestick, NYCC, The Parsnip Ship, and HERE. Truth has also penned over seven full-length musicals and was recently profiled in Teen Vogue. Bachman’s acclaimed Shapeshifters, about LGBTQ+ superheroes, was developed at an ongoing residency at Joe’s Pub, Musical Theatre Factory, and was the inaugural recipient of the Denovan Grant. The soundtrack drops in the spring. FARMED: A Live Podcast Album, Bachman’s concert series, features a percussive score for 25 voices and conversations with grassroots activists. It was recently published. Who Holds Us, Truth’s new musical short, debuts at NewFest this fall. Truth is an alum of Joe’s Pub Working Group, New Dramatists Composer-Librettist Studio, THEatre Accelerator, Rhinebeck Writers Retreat, and NYU Tisch.

Truth’s latest work, Luna and The Starbodies, plays Joe’s Pub in May. 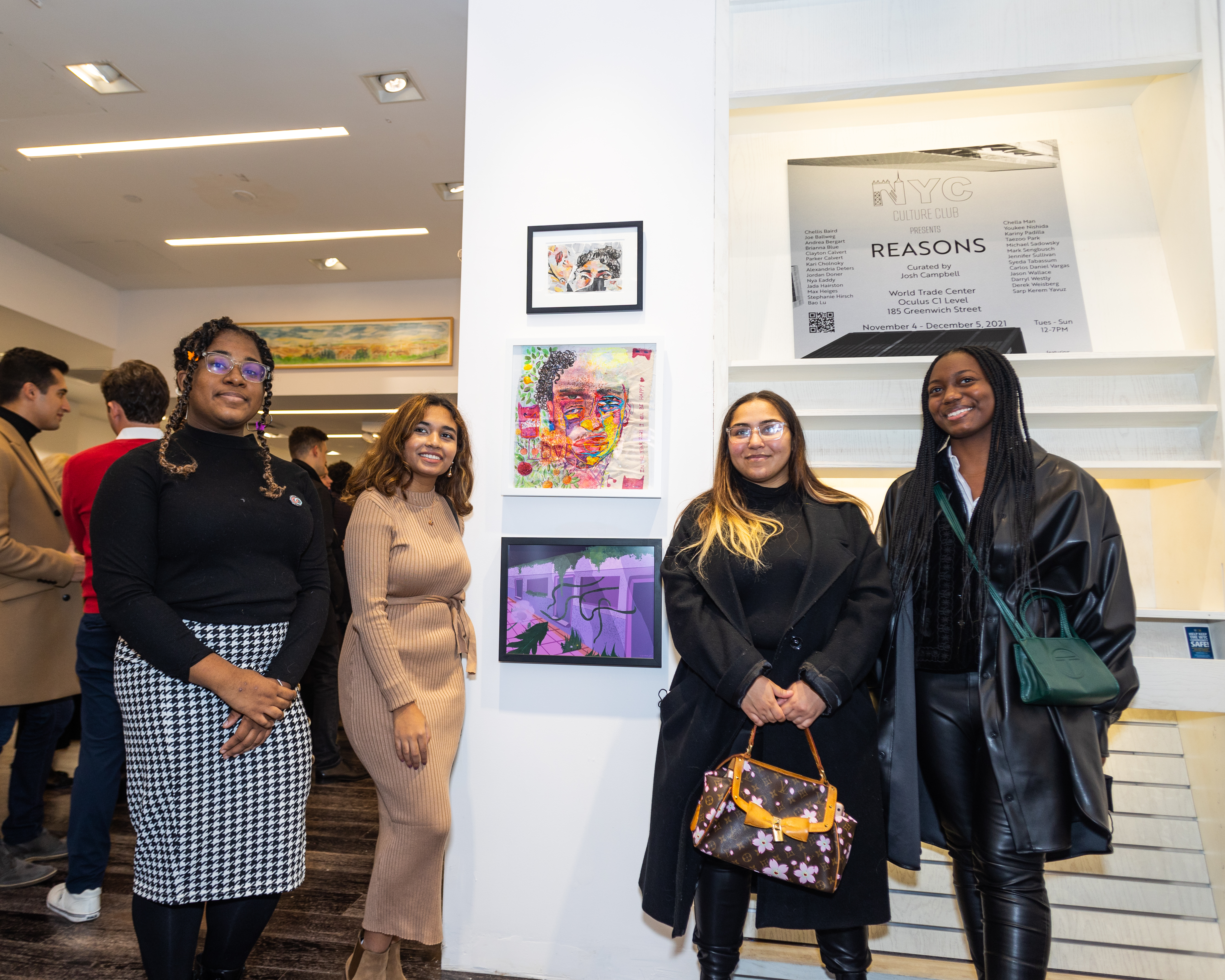 The young artists were joined by family and friends on November 4th, where they mingled with a cast of Downtown professional artists. We were so proud to bear witness to their artistry and share in a space where their work is celebrated. 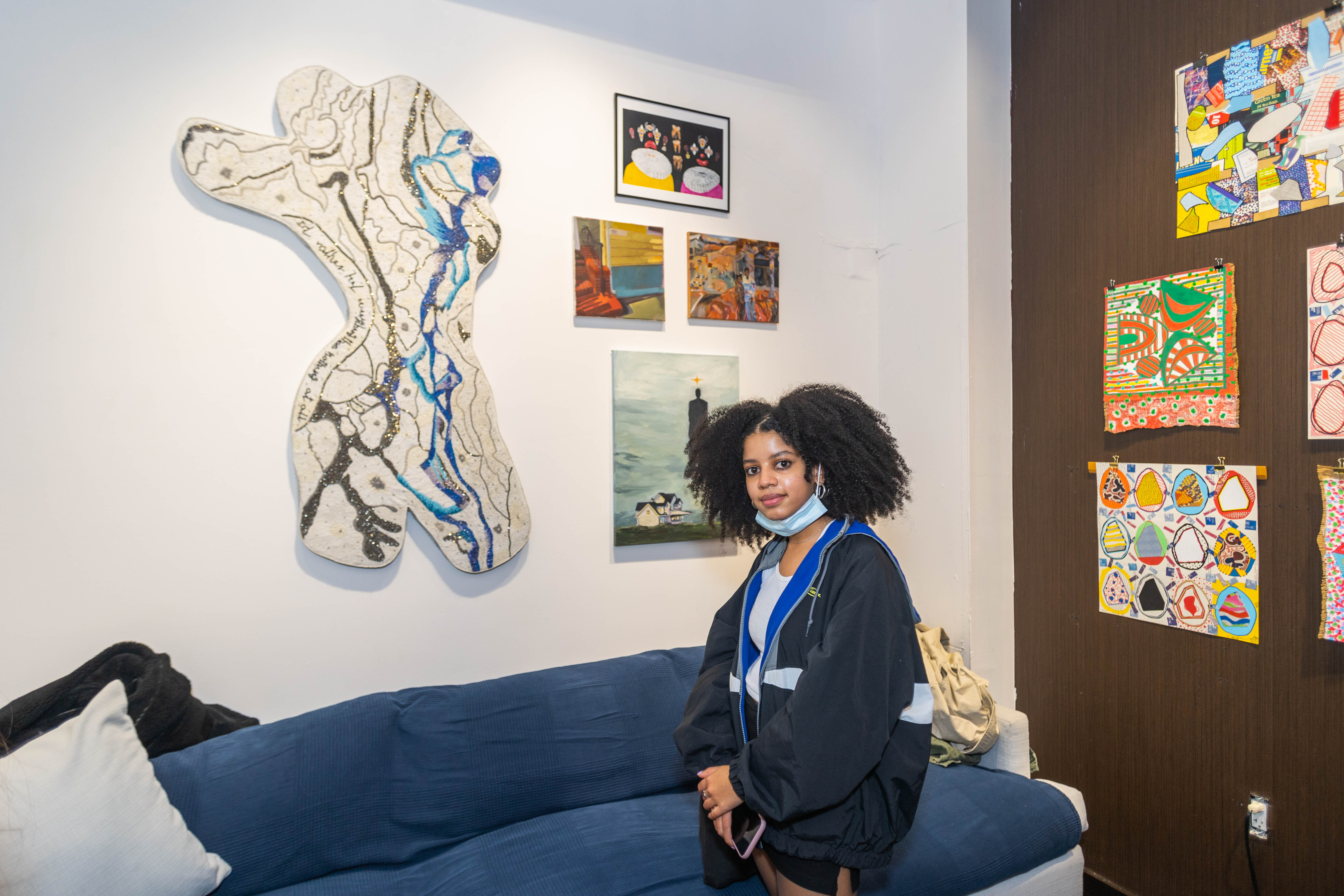 Reasons will remain on display through Dec. 5 at the NYC Culture Club, located in The Oculus (C1 Level). Hours are 12-7pm, Tuesday through Sunday.

*  *  *
hi
Stay up-to-date on ArtsConnection’s upcoming events and programming by
subscribing to our newsletter here.
hi

As a friendly reminder, we accept donations year-round and they can always be made at artsconnection.thankyou4caring.org!

hi
DONATE NOW
ArtsConnection is proud to announce the virtual launch of Culture Connected!
Our 2021 Annual Report is here!